Thrown out of his comfort and cultural zone, he didn’t know the language and therefore had no means of communication. Out on the streets of Mumbai, vulnerable to the dangers the night held, Roshan wandered the city aimlessly. Seeking any means of nutrition, he asked local restaurants for any left overs, but was chased away and if caught beaten. He sought help with a local rag picker, and was influenced by his addictive behaviour. Roshan started inhaling all kinds of toxic substances.

After 8 months, he lost contact with his friend and he picked up a few cooking tips and worked in various roadside restaurants. He was improving little by little each day as he enjoyed his daily work. Then, he came across into his old friend again and caved with the peer pressure. His sphere of influence grew worse as he entangled himself in criminal activities. His other friend, Nadeem got into a heated debate over the mistreatment of his sister by a few men. Believing he was protecting his friend, Roshan injured and killed three men. He was imprisoned for 6 years. 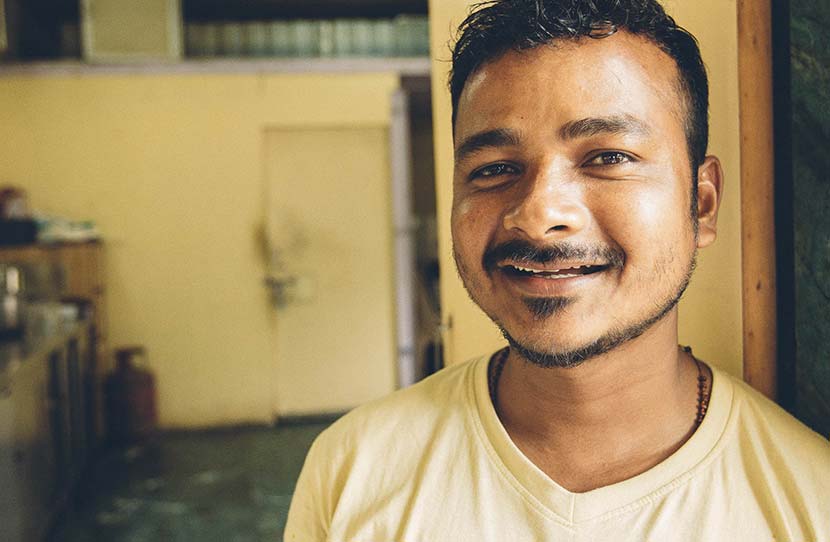 After his release, he ended sleeping on a platform in the central station near a gutter. He had nothing, or so he thought. There he met with Vision Rescue and Pastor Biju who listened to his story. After counselling and many visits, we took him in as one of our own staff. Starting off as a simple helper on our buses, Roshan soon became a cook in the Vision Rescue kitchen. Sadly, his addiction churned inside of his mind, his desire stronger than his will power. He fell victim again to drugs*. Determined to see this mans life rebuilt, we found him and he went to a rehabilitation centre for 3 months.

By 2012, Roshan was fully recovered and back on his own feet. He began his own catering business but always kept in touch with the team. Unfortunately his business partner deceived and took advantage of him. He took all the money he had. Roshan lost his business, and was faced with many debts to pay off even after selling all his belongings.

From this point, he went into deep depression and again relapsed back to his addictive state of mind. Vision Rescue took him in again, and he became our head chef. There was never a moment where the team gave up. They continued to speak love into his life instead of judgement. Roshan’s quiet perseverance and humble attitude has changed the atmosphere of the kitchen. We know he is called for something great.